Oxpens is Seymour-Smith Architects’ 5th project to have had planning consent granted under NPPF paragraph 80 (and its various predecessors – in this case, paragraph 79), maintaining our 100% success record.  Permission was granted by Cherwell District Council in May 2021.

The project was the result of a close collaboration with SEED Landscape, Hughes Planning and Ecology by Design.

The setting for the house is a monoculture ash plantation (sadly suffering from ash dieback) with a man-made lake at its centre.  Both are in a poor state, but nonetheless rather magical, and full of exciting potential.

The brief was for a flexible, multi-generational house, to allow three households of one family to live independently but together – three self-contained yet linked living environments.  It was important for each to have its own entrance, living space etc, and its own outside space – but also that this wasn’t three houses, but rather, one house that could be lived in in different ways.

This was to be a home for a family enjoying each other’s time and company, providing care solutions for young and old alike, and also enabling timeless layers of support to emerge between generations.

The house will be nestled in among the trees, adjacent to, and partly dramatically projecting out over the water, which will be re-shaped and much enhanced.  The water will also provide heat for the house, via a water source heat pump.

The starting point for the design is of a cabin in the woods – playful, magical and lightly touching the ground.  Key themes deriving from the site are of reflections and contrasts.  The three volumes of the house pick up on these themes, with the two wings being reflections of each other, taking their cue from the form of a treehouse or cabin, raised up on stilts, and with one projecting out over the lake.  The central section is flat-roofed in contrast, and together with a series of linking covered walkways, serves to anchor the building to the site and tie the composition together.

The barn-like forms are each raised up at one end to allow bedrooms to be added in the eaves, and to produce dramatic internal volumes that focus the eye towards the key views.

The house will be build from CLT (cross-laminated timber – essentially thick plywood), which will form both the structure and the internal finish.  The whole house in fact will be made of wood – a renewable resource which locks in carbon and speaks of the woodland setting.

The external timber cladding will express the multi-generational concept which forms such an important part of this project.  The use of timber for almost all aspects of the building leads to the consideration of the lifecycle of a tree and how this is so clearly manifested in its cross-section with the layered rings representing each year of growth.  The central heartwood, the innermost layer, is a rich deep colour.  The most prolific sapwood which wraps around it is lighter in colour / less saturated.  Finally, the bark, which is the outer / covering layer is typically very dark and heavily textured.  The same concept can be applied to the facade, with distinct layers, each peeling back to reveal a different layer beneath.

The house’s energy requirements will be very small, as a result of its design, orientated to maximise solar gain, employing high levels of thermal bridge free insulation, airtight construction, the use of MVHR (mechanical ventilation with heat recovery), high performance triple glazing, and the use of exposed thermal mass internally (to regulate the internal temperature).

The little energy that is required will be supplied via a large array of PV-T panels (which generate hot water as well as electricity) and the use of the lake for a water source heat pump.  These will be combined with a multi-source heat pump and a Source Energy Thermal Battery – combining existing technologies in a new way to improve their efficiency.  The result will be a house which produces more clean carbon-free energy per year than it will consume.

The project was developed over the course of several independent reviews by The Design Review Panel.  They concluded:

“The design is a well-developed proposal of the highest architectural standards, representing a truly innovative design, which promotes high levels of sustainability.  The proposals have demonstrated that they would significantly enhance the immediate setting and are sensitive to the defining characteristics of the local area.” 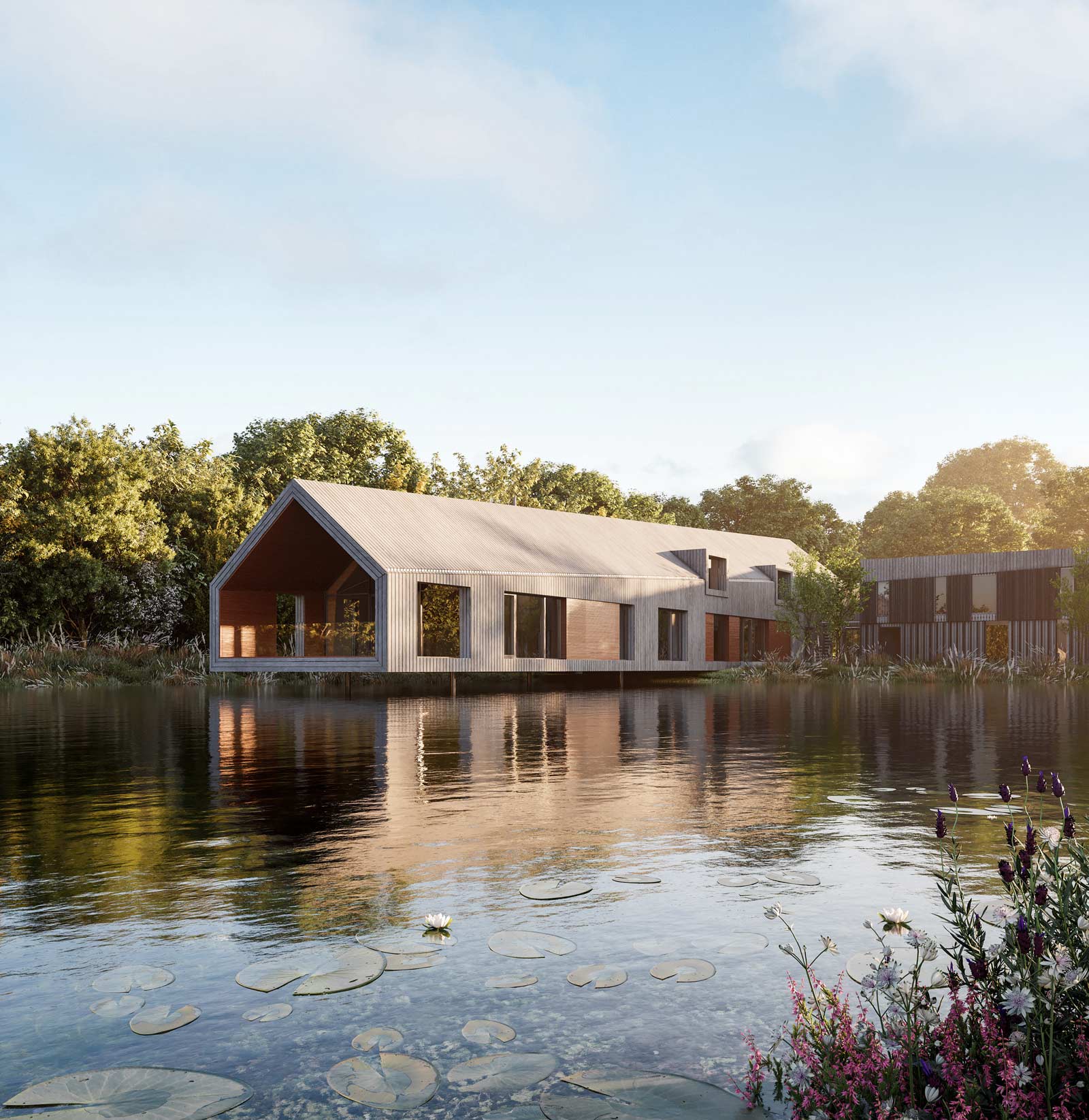 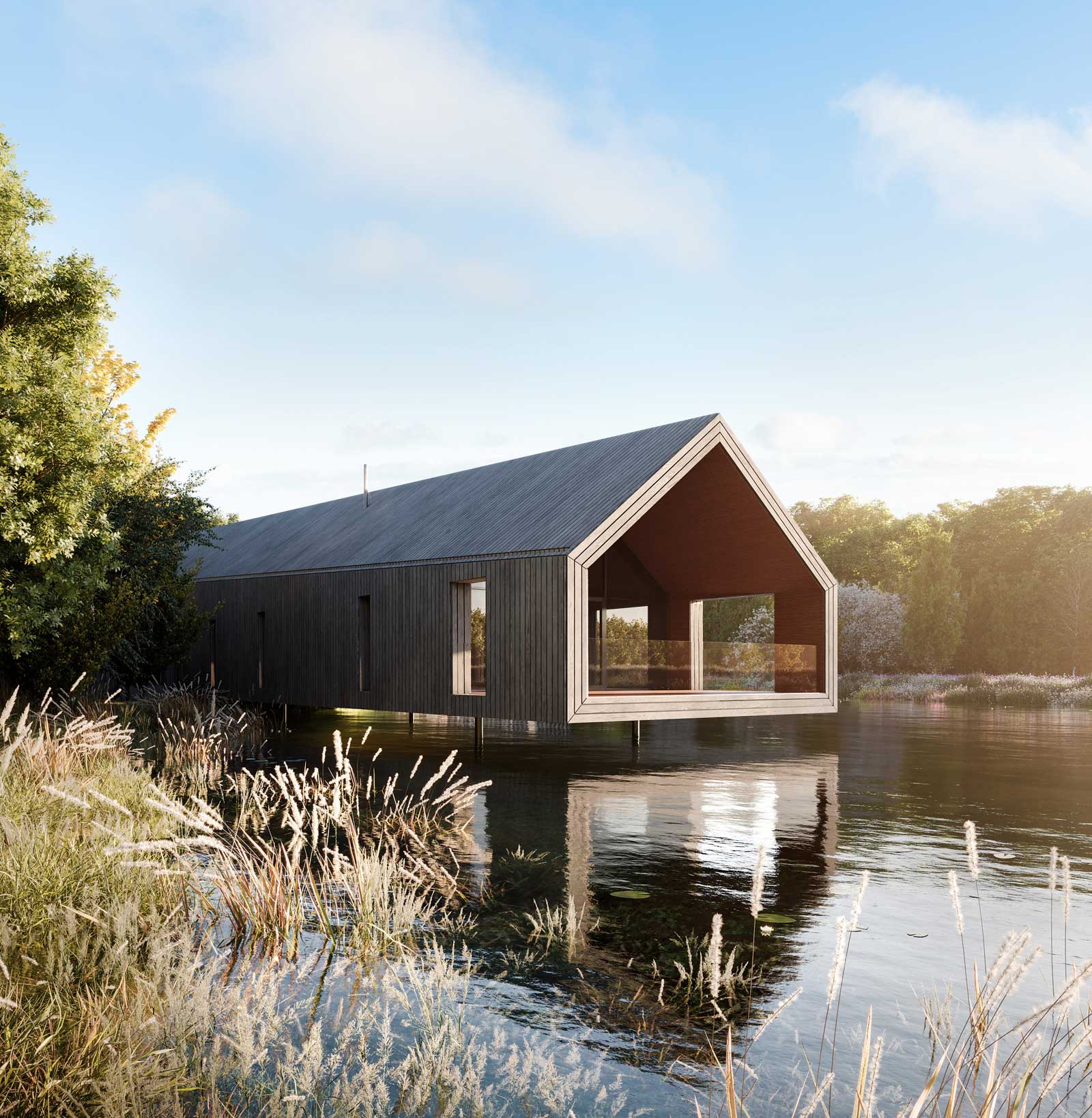 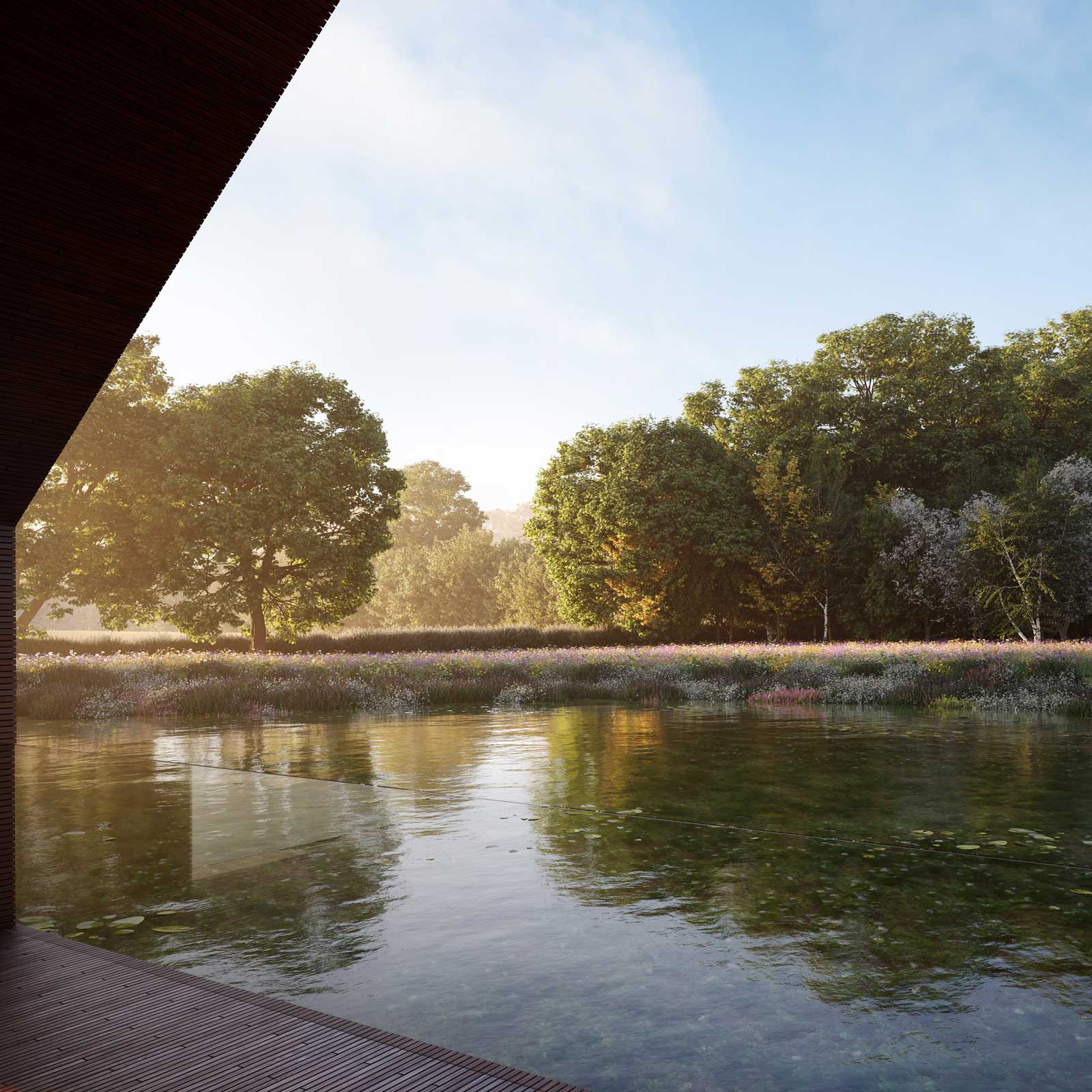 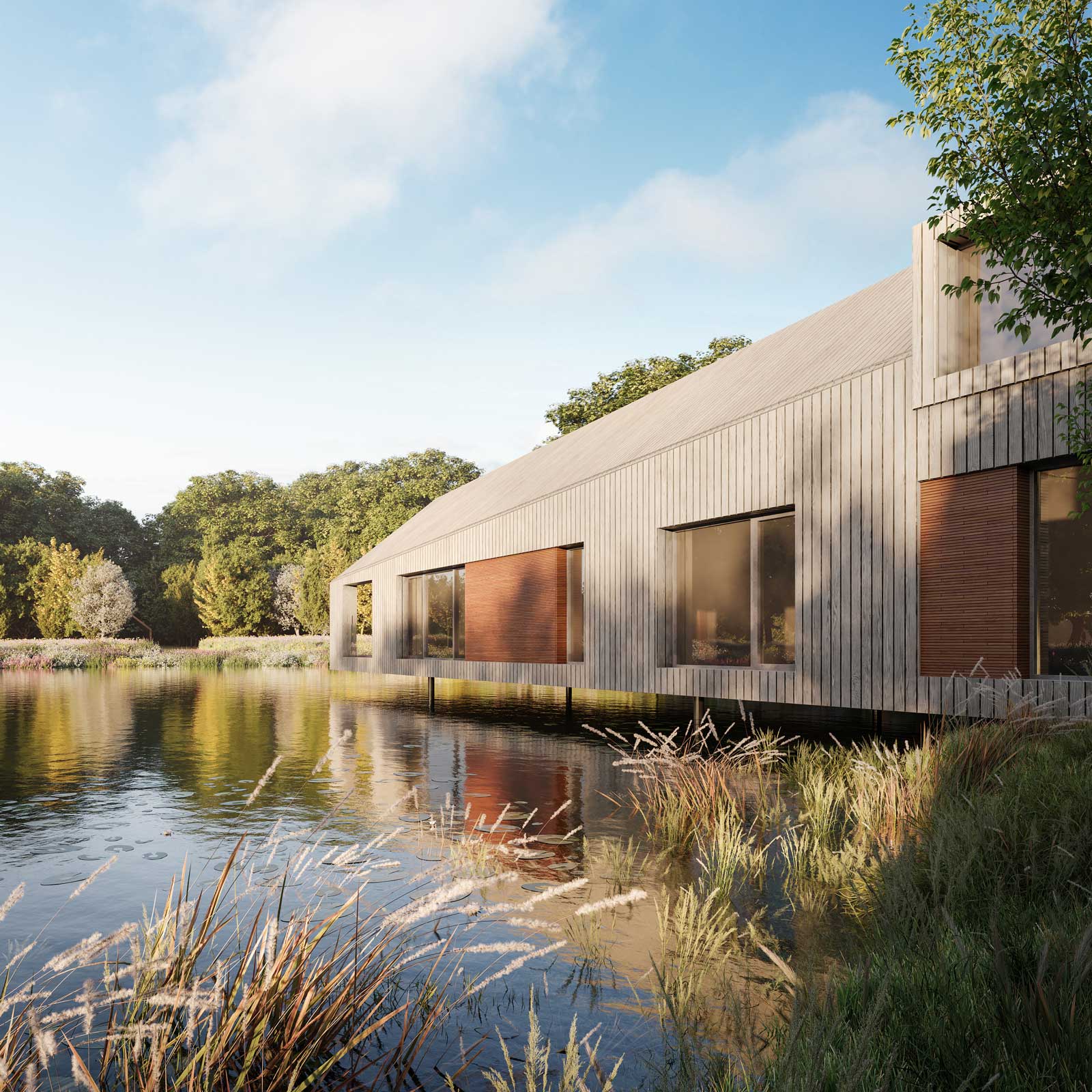